Our purpose is to offer activities to increase congregational and community awareness,
and encourage action on global and local social justice issues.
We welcome new members! Please join us — all are welcome.


Meetings: Global usually meets once a month on Sundays after the KUC church service, except in summer or during Covid restrictions, with occasional additional meetings as required when preparing for special events. Contact the church office if you would like to participate.

The Giving Tree:  For more than 20 years the KUC Global and Community Action Ministry has organized the Advent Giving Tree Initiative to help the congregation give – to the wider Kamloops community, nationally, and around the world.   As a result of many generous donations, our more recent Giving Tree of Hope campaign focusing, where possible, on Mental Health was very successful!   The total donations were $4,057.88, divided evenly this amounts to $1352.63 for each of the three non-profit organizations. The three organizations that were chosen this year were:
Local – the Kamloops Canadian Mental Health Association,
National – The 50+ Club, reaching out to isolated seniors through Our Place Society in Victoria (from the UCC Gifts With Vision Catalogue, https://giftswithvision.ca/ )
International – Plant an Olive Tree in Palestine (from the UCC Gifts with Vision Catalogue).

A huge THANK YOU to everyone who was able to donate this year, and to Global’s Jan Vint who hand-crafted 290 beautiful ornaments for folks to hang on their own Christmas trees.

Film viewings and discussions:   (Editor’s note: With folk at home with Covid restrictions, you might like to view these on your own)
“How to Start a Revolution” was presented in celebration of the UN Iternational Day of Peace, and Orange Shirt Day: is a BAFTA Award-winning British documentary film about Nobel Peace Prize nominee and political theorist Gene Sharp, described as the world’s foremost scholar on nonviolent revolution. The 2011 film describes Sharp’s ideas, and their influence on popular uprisings around the world. Screened in cinemas and television in more than 22 countries it became popular among the Occupy Wall Street Movement.
“The Biggest Little Farm” a 2018 American documentary film, directed by Emmy Award Winning director John Chester, profiles Chester and his wife Molly as they acquire and establish themselves on Apricot Lane Farms.             “ANTHROPOCENE: The Human Epoch”:  a cinematic meditation on humanity’s massive reengineering of the planet. Four years in the making, this documentary film came from the multiple-award winning team of Jennifer Baichwal, Nicholas de Pencier and Edward Burtynsky
“PAUL Apostle of Christ” (2018): film tells the story of Paul, who was known as a ruthless persecutor of Christians prior to his conversion to Christianity. After watching the film, Dr. Chuck Anderson provided commentary on the movie. Dr. Anderson is a well-known expert on St. Paul.  He is author of St. Paul For the Perplexed – Making Sense of the Man: his life, his letters, his story, in 2017.
“How to Change the World”: documentary film, from writer-director Jerry Rothwell, which chronicles the adventures of an eclectic group of young pioneers who set out to stop Richard Nixon&#39;s nuclear bomb tests in Amchitka, Alaska, and end up creating the worldwide green movement with the birth of Greenpeace.
“Banking Nature”: documentary film looks at the growing movement to monetize the natural world and to turn endangered species and threatened areas into instruments of profit.

Earlier Highlights:
-Informing and engaging the congregation in the “Blue Dot” movement.
-Several evenings of film viewings in the Winter months, with discussions following.
“To The Ends of the Earth”: a Canadian film that follows concerned citizens living at the frontiers of extreme oil and gas extraction, bearing witness to a global crossroads. They call for human ingenuity to rebuild society at the end of the fossil fuel era.
“Demain” (“Tomorrow”)  Climate is changing. Instead of showing all the worst that can happen, this documentary focuses on the people suggesting solutions and their actions.
“Fahrenheit 11/9”: a 2018 American political documentary by filmmaker Michael Moore about the 2016 United States presidential election and the subsequent presidency of Donald Trump. The film had its world premiere on September 6, 2018 at the 2018 Toronto International Film Festival.
“A New Economy” documentary features seven interwoven stories about people making a fresh start towards building a new economy. Several organizations move towards a more cooperative future by experimenting with open and non-traditional business models. By rewarding human effort fairly and proportionately instead of obsessing about the bottom line, these revolutionary businesses are creating a more people-friendly future, creating new ways to make money and make it sustainably.

2018 Giving Tree:
The KUC Giving Tree, an annual Advent-Christmas tradition, receives offering/donations that are distributed to 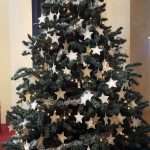 three recipients; a local, a national and an international recipient. Our December 2018 Giving Tree recipients were:
Locally: KUC Preschool and Out-of-School Care program: a focus of outreach for KUC since 1954. The goal of the preschool is to provide affordable preschool/out-of-school care for any member of the Kamloops community.
Nationally: The Cultural Revitalization program that runs out of Morley United Church in Southern Alberta which brings Indigenous youth in care together for cultural programs to teach them about their First Nation culture and help them overcome the adversity of being in care outside their First Nation community and Internationally: the “Safe House Safer Society”, a program partnered with the Church of North India which operates safe houses for children who are victims of human trafficking.
Each of the recipients received $1,325.66.

2018-19 Movie & Discussion events:
– Belonging in the Body: Transgender Journeys of Faith” offered a collection of stories from the lives of transgender Christians. Within these stories was opportunity to learn, to understand, and to advocate for our transgender siblings in Christ. Belonging in the Body was a timely and invaluable glimpse into the lives of transgender Christians.
-Joyeux Noël (Merry Christmas) was our November/Remembrance Day movie: a 2005 epic war drama film based on the Christmas truce of December 1914, depicted through the eyes of French, Scottish, and German soldiers. . It was written and directed by Christian Carion.
– “Journey’s End”: Set in a dugout in Aisne in 1918, it is the story of a group of British officers, led by the mentally disintegrating young officer Stanhope, as they await their fate.
– “Flin Flon Flim Flam”: John Dougherty, the investigative journalist who made the documentary, attended the screenings and facilitated discussion afterward. This film documented Hudbay’s legacy of lead poisoning in a remote Manitoba community where the company operated a notorious copper smelter for 80 years.
– “Wasted: the Story of Food Waste”.  Starring chefs like Anthony Bourdain, Dan Barber, Massimo Bottura, and Danny Bowien, the documentary shows how even small changes can lead to new ways of using more food, feeding more people, curbing environmental damage, stimulating technology and business, and ultimately improving the health and well-being of all citizens worldwide.

A Special Presentation, “Spitting Slag”  A theatrical duet for voice and electric guitar.  A hard rock miner searches for justice and redemption after an industrial accident, to come to terms with the death of his son. “Fierce. Poetic. Uplifting.”

Previous highlights:
1917
– Giving Tree, “Tree of Joy” recipients, (local) Kikékyelc, Indigenous housing complex, (national) ‘Food For the North‘ and (international) The ‘Rainbow Railroad‘ each received $1265.65.
– Movie & Discussion nights were a big hit and included “Life is Sacred“, “In Pursuit of Silence“, “An Inconvenient Sequel: Truth to Power“, and “A Plastic Ocean“.
We also had a great time at our booth at the Spirit Square Resource fair.
The 2017 Chris Gaffney funding ($281.98), went to the ‘A Way Home’ Youth Homelessness Count.
Global sponsors Mandate magazine for KUC.

1916
– At the 10,000 Villages sale we operated a Fair Trade Cafe, which netted $467.
– Donated $200 to Sewing New Futures in India through Alix Dolson who worked with them in India.
– Donated $75 to the Out of the Cold Program at St. Paul’s Anglican.
– Donated $1000.00 to the UCC refugee appeal from approximately $3,000 from the Giving Tree.
– Offered a service at KUC on International Year of the Pulse
– held the annual Global Renew and Recycle Sale in Westsyde, with donations from the congregation.

1915
Coldest Night of Year. A group from KUC joined the Coldest Night of the Year, Feb. 21. Funds raised went towards the work of the New Life Mission.
Chris Gaffney Fund. Funds received through the Chris Gaffney Endowment went to purchase 137 tokes that enables a recipient to receive $2.25 worth of menu items from Erwins deli and bakery across the street. The tokens were distributed through the church office and the other outreach programs in the city when they identify a need for nourishment.
Renew and Recycle Sale, was held at George Johnson’s home during the Westsyde neighbourhood garage sale April 25th. Proceeds went towards Global Activities.
Fair Trade Rice Sales. The support Global provided to Fair Trade Rice Farmers enabled them to connect with Level Ground distributors to sell the rice in Canada. Global brought in the three rice varieties to support the venture and funds raised went towards Global Activities.
Mardi Gras, Global coordinated the Shrove Tuesday pancake dinner along with Youthful Energy.
Trans Himalayan Aide Society, provided a short talk and Global served soup to participants. The society was one of the recipients of the Tree of Joy during Advent in 2014.
Craving Change Alexis Blueschke , Registered Dietitian offered a Craving Change workshop for a handful of KUC participants. While the technique is used for weight loss, the same techniques can be applied to change in general.
PIT Stop Coordinator Hired. Rick Windjack was hired in April to take on the Coordination of PIT Stop.
Support for Nepal Earthquake. Global provided $200 for earthquake relief, which was leveraged with matching funding from the federal government.
Fair Trade Cafe, in conjunction with 10,000 villages, Global hosted a Fair trade cafe made with fair trade ingredients if available, or organic and local ingredients when possible. Funds raised went towards Global activities.
Advent – Tree of Hope, Global designates a local, national and international charity to receive donations during Advent for this year’s theme, “Tree of Hope”.