Florence has wonderful family in Kamloops and is very excited to be back in BC where she grew up. 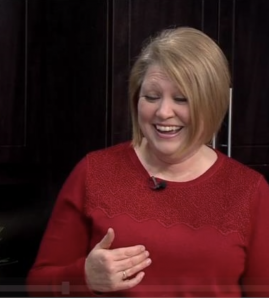 Her work life has been diverse and includes being an actor, comedian, disabilities support worker, arts administrator, health and safety leader and media librarian.

Florence is very excited to be at Kamloops United Church. The work that is being done here is as diverse and exciting as Florence’s background! 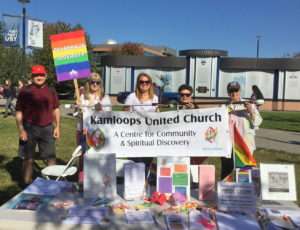 Derm, Chris, Florence, Barb and Marnie set up and ready to go.

Rev. Dr. Michael Caveney, Minister
Dr. Michael Caveney came to KUC in September 2019.  His primary interests in congregational leadership are in the areas of worship and visitation. He enjoys planning and leading us in our weekly Sunday services as well as leading various spiritual programs. Michael loves to visit and share in the life of our congregation.

Michael has moved from Vancouver where he was the lead minister at St. David’s United Church.  Michael was raised in Toronto, receiving an Honors BA from Trinity College at the University of Toronto with specialist standing in Religious Studies in the area of Buddhist and Christian Ethics. He moved to Montreal where he received a Masters of Sacred Theology from McGill. He later received a Doctor of Ministry from Knox College at the University of Toronto. His thesis was “Hoping and Coping“ which looked at Spiritual Care for those with terminal illness.

Michael was ordained in the Presbyterian Church, switching to the United Church sixteen years ago. He has served parishes in Montreal; Tweed, King City and Toronto, Ontario; Charlottetown, PEI, Victoria and West Vancouver. He also served as the Executive Director of a crisis counselling centre in downtown Toronto.

Michael has been involved in committees of the church. In the United Church he has served on various Victoria Presbytery and BC Conference Committees including Conference Executive. Currently he is on the Provision Committee of the Pacific Mountain Region. He has served on the national Mission Through Finance Committee, Communities in Mission Committee, and currently on the General Council Permanent Committee on Ministry which advises the General Council Executive and Moderator on policy and programming relating to church life both in Canada and internationally.   Rev. Michael Caveney can be reached at mcaveney@kamloopsunited.ca

“Hello Kamloops United Church congregation, my name is Candace Morrison and I have recently joined the KUC office team in the position of Office Administration and Bookkeeper. 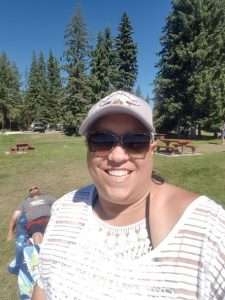 First let me say thank you for the warm welcome that I have received.  It has been my pleasure to meet so many dedicated members of one of Kamloops’ oldest churches.  My parents were married in the original Kamloops United Church, and I grew up playing piano and singing choir and solos in the sanctuary of KUC with the Kamloops Festival of the Performing Arts.

This position at KUC is perfect for my family of six.  My husband and I have chosen to have our children complete their education through the Alternate Education Program with New Heights Autism Support Society, which is operating in the Ponderosa and Tamarack rooms in the lower area of the church building.  We have adopted our girls and with their special needs the learning environment that has been created within the church is the best option for our girls, as well as the other six students in the program.

I look forward to building lasting relationships with the membership and staff team of KUC, as well as providing a welcoming presence to those community members that come in seeking support, resources or just a friendly face.  My relationship with Jesus and our Lord God, I believe presented this opportunity to me, and because I trust Jesus to guide me through my life, I feel this is an opportunity to use my God given gifts of stewardship on his behalf. 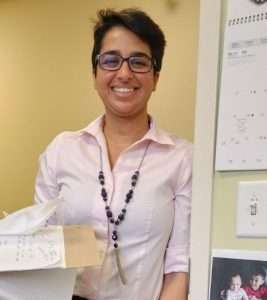 She has been part of student fellowships since she was an undergraduate student and has had many opportunities to travel across the US doing mission work. She loves video calls with her family, cooking, reading, and taking riverside walks.

Shakshi is here to provide a helping hand, wherever she can. Please reach her by calling 250-372-3020 or by emailing centre@kamloopsunited.ca 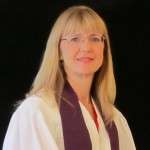 Kamloops United Church has had lay persons as our  “Marriage Minister” for decades.  (Chris is our fourth such lay person.)
A long time member of KUC, Chris accepted this lay ministry position in March, 2010.

Tomas Bijok’s journey in music began at an early age. Having come from a musical family it was understood that music was 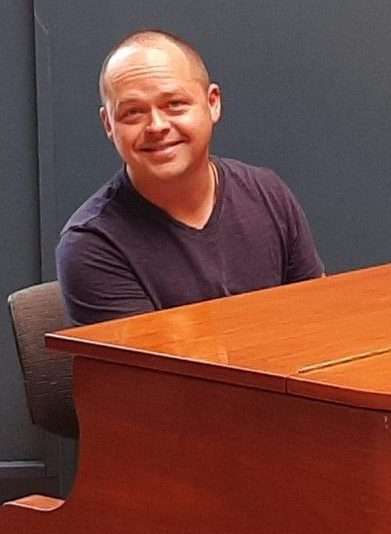 to be a part of his life. Tomas began his formal vocal training under the instruction of Dr. Wendoline Pazitka Munroe at  the Canadian University College. At the age of 22 Bijok began to study under the guidance of Lynn Vernon. He then studied for two Years at the University of British Columbia with Roelof Oostwoud after which he auditioned for the Prague Academy of Performing Arts. In Prague he completed his B.A and M.A. in Vocal Performance under the tutelage of Ivan Kusnjer and the guidance of Magdaléna Hajóssyová. Bijok made his Czech debut in Bohuslav Martinu’s comedy on the Bridge at the Northern Bohemian Theatre of Opera and Ballet and since has sung in theaters in the Czech Republic, Germany, Austria, Japan and France. In 2010 Bijok recorded the lead role of Lucas in the world premiere recording of Bohuslav Martinu’s “Le Jour de Bonte” under the Arco Diva label.

Bijok has currently relocated to his home town of Kamloops. Dedicating more time to teaching, he presently acts as choral instructor at Thompson Rivers University, and continues to spread the secrets of Bel Canto in his private studio. In 2015 Tomas founded the TRU Chamber Chorus which won third at the 2018 Provincial Festival of the Performing Arts in BC. Most recently Tomas has been acting as the conductor of the Kamloops Happy Choristers and Chorus Master of the Kamloops Symphony. Tomas is excited to be working as Choir Director/Music Coordinator with the faith community at Kamloops United Church.

When not singing, Bijok can be found in the kitchen making a mess and exquisite food or tending to thousands of pet bees.
Contact Tomas at KUC at  music@kamloopsunited.ca. 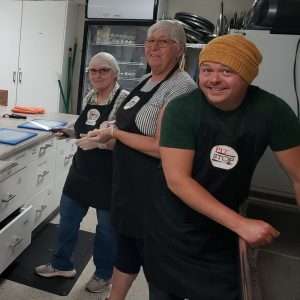 KUC was very excited to announce that a new hire for PIT Stop in June 2022.
We all knew that Tomas Bijok was a super talented singer, musician, and choir director but did you know he grew up working in large kitchens?

We would never go looking for a person with the diverse skills to be the Music director and PIT Stop Coordinator but there he is! Tomas has amazing skills at building relationships and engaging people and resources.

We are excited that he took on this new role in addition to his work with music at KUC.

Jim is enjoying his retirement (28 years in the armoured car business) and has never been busier in his life.
Jim is a father of 3, grandfather of 4, Jim loves fishing, camping and spending time with his beautiful wife Marley.  He has always enjoyed being helpful to his community. His work at Kamloops United Church suits him very well and he is very happy to be here in his role as custodian.

Dawn has spent her working career in the Kamloops area as an Animal Health Technologist working with exotics, cattle and horses. She is currently involved with the Upper Nicola Band Reintroduction Program for Burrowing Owls and competes in dog agility with her buddy “Derby”. Dawn has an identical twin living in Merritt.

“KUC and the staff have been so welcoming and I have enjoyed making new relationships through my custodial work and as a Thrift Shop volunteer”.

This image was taken at the release of burrowing owls on April 27, 2018 at the Upper Nicola Band. 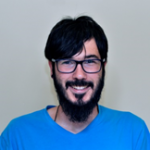 “My name is Ignacio and Kamloops United Church gave me my first job opportunity when I just came to Canada.

I am very thankful to the community that already feels like my second family. My nickname is “Nacho” which I really don’t mind, I think it’s easier to pronounce.” 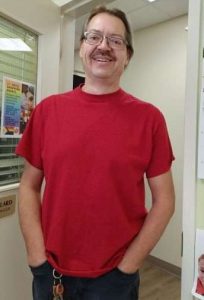 Jason is happy to be working at Kamloops United. He comes to us through retirement from CP. He has lived in Kamloops with his wife Leah and their two girls since 2003. 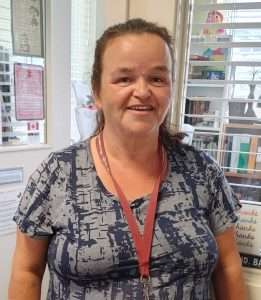 “I have lived in Kamloops for 23 years and am happy it is my home.”

“I am glad to be working as a custodian at KUC. The church has helped me in many ways and I am honoured to give back.”