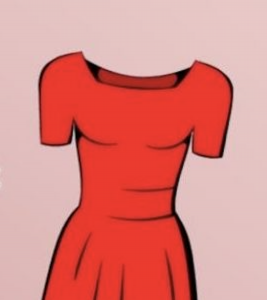 Red Dress Day began in 2010 when artist Jaime Black (of mixed Anishinaabe and Finnish decent) responded to the disproportionate rates of violence against Indigenous women, more than a thousand missing and murdered Indigenous women across Canada, by creating an art installation of red dresses.

Since then, May 5 has been established as the National Day of Awareness of Missing and Murdered Indigenous Women and Girls (MMIWG) in Canada, also called Red Dress Day. 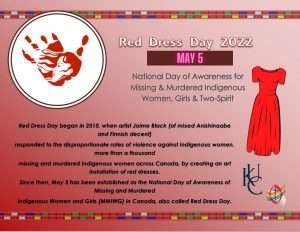