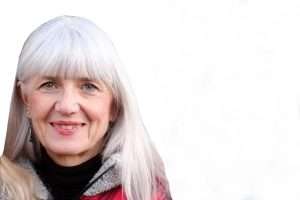 Faith: Celebrating a 25th anniversary of an affirming church.
Christine Dolson / “Kamloops This Week”  (May 11, 2021 05:00 PM).
What was 1996 like for you? Do you remember it like it was yesterday? Or is it just ancient history?
Minimum wage was $7 an hour, the Winnipeg Jets moved to Phoenix and the Macarena was No. 1 on the Billboard charts.
For the faith community of Kamloops United Church, 1996 was pivotal.
It was on May 12 of that year that the congregation of the church voted overwhelmingly in favour of becoming an Affirming church and a member of Affirm United/S’Affirmer Ensemble.
The Ensemble is a justice-oriented organization of people in The United Church of Canada working for the full inclusion of people of all gender identities and sexual orientations in The United Church of Canada and in Canadian society.
This month, Kamloops United is celebrating its 25th anniversary, or “Affirmiversary,” as a community of faith that celebrates and loves all of the diversity of creation.
Kamloops United Church is committed to being P.I.E. (public, intentional and explicit) in its witness to the wider community that God’s love extends to everyone equally and without reserve. This is still a radical message.
The vote by the congregation to become officially Affirming was reached after years of education and discernment, but ultimately minds and hearts were changed and continue to be changed.
It is said a story is the shortest distance between two people and the sharing of stories has been a crucial part of the ongoing Affirming journey.
Hearts are changed when a mother and daughter share their coming-out journey, when a grandparent shares their anguish about a family’s loss of a precious trans-grandchild, when we begin to understand and embrace that there is no separation — there is no us and them. It is only “we” and we are all beloved children of God.
Volumes of exegesis have been used to justify the historical exclusion of LGBTQ2S+ people from full participation in church and society.
Scripture is cited and used as a blunt weapon. Ancient texts of “laws” translated out of context multiple times over many centuries have been misconstrued, sometimes even deliberately.
But the message of the Christian gospel is love — radical affirming love. As part of his final instructions, Jesus gave a new commandment to his disciples — to love one another. Jesus also said that love for one another is what would distinguish them as his disciples.
It was not a conditional love that Jesus commanded, but an inclusive love that took no measure of a person’s creed or station. Jesus was himself engaged in a non-stop Affirming ministry.
There was room for everyone at the table, including lepers, women, Moabites, sex workers and even tax collectors. You cannot love God and hate their creation. To say, “Love the sinner, but hate the sin” is not love at all. To love is never a sin and there is no sin in being LGBTQ.
An Affirming ministry is a ministry of questions. How can we serve? How can we create spaces where all feel safe, seen, heard, loved and Affirmed?
How can we seek justice in our community and globally?
Kamloops United Church has marched with Pride, raised banners and flags and even has a rainbow-painted accessibility ramp.
There have been workshops, weddings, worship and partnerships nurtured.
We are celebrating 25 years of publicly, intentionally and explicitly Affirming our LGBTQ2S+ siblings.
There is still more to be done. The healing is unfinished. Though entrenched in law, human rights for all is not a lived reality for all. Certain forces appear determined to roll progress back.
As for the next 25 years? Kamloops United Church, as an Affirming community of faith, will continue to answer the call to love, unconditionally, all of creation and its diversity.
Christine Dolson (she/her) is a cis-het white settler woman, living gratefully on the unceded territory of the Tk’emlups te Secwépemc. She has been a member of Kamloops United Church since 1959 and is active there with the Affirming ministry on council and as the lay marriage minister.