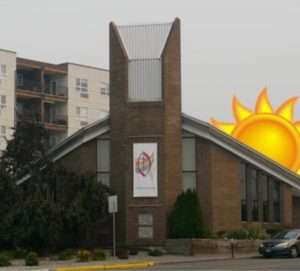 Anneke Spice received the Student Mentorship Award: Social Justice for her work leading the Amnesty International Write for Rights Letter Writing Campaign for several years, as well as other mentoring work as a student at TRU;

Ross Styles received the Environmental Mentorship and Stewardship Award for his work leading the campaign to make Kamloops a Blue Dot Community, an initiative of the Suzuki Foundation to get the Federal Government to add our rights to clean air, water, and healthy food, to the Canadian Charter of Rights. Ross spent many hours obtaining over 2000 signatures on a petition that was presented to Kamloops City Council. He has also been involved in book study mentorship on holistic approaches to the environmental crisis at KUC and elsewhere.