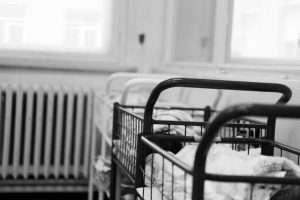 Church apologizes for separating unmarried mothers from their children in maternity homes.

November 20, 2020: The Executive of the General Council of The United Church of Canada issued an apology today for its role in separating mothers and their babies in maternity homes it operated from the end of World War II to 1980. “Women told us that they felt, pressured, coerced, or forced to give up their babies and the church recognizes it participated in the culture of shame that surrounded unmarried mothers at that time,” says the Rev. Daniel Hayward, chairperson of the church’s Theology and Inter-Church Inter-Faith Committee that recommended the apology.

The church’s work spans almost a decade of research and consultation with mothers’ groups and several other denominations that operated maternity homes. The Rev. Hayward also represented the United Church at the Canadian Senate’s 2018 hearings into Adoption Practices (PDF), which encouraged the denominations that ran the homes to apologize. Across Canada, the United Church directly operated five dedicated maternity facilities. Pregnant women may also have been accommodated in several other homes run by, or affiliated with, the church.

After 1980, both society and the church were changing their attitudes towards unmarried women’s pregnancies and maternity homes began concentrating resources on supporting women who wanted to raise their babies themselves.

The apology notes that the adoption practices also denied men the right to know their children and the children themselves were never given an opportunity to know their birth family, and in many cases, their community of origin. And it commits the church to a four-point plan to challenge beliefs that promote shaming, honour the dignity of each human being, support families, and “uphold the values of truth and to openness and encourage healing and reconciliation for everyone affected by adoption.”

The effects of the adoption practices still reverberate in the lives of those affected. A single apology cannot erase a lifetime of silent suffering, but it may be the first step toward blunting the culture of shame that surrounded young women who became pregnant in an era when moral judgments were quick and severe. The writers of the apology state, “We have heard how you lived with shame and stigma placed on you by the church and society. We are truly sorry.”