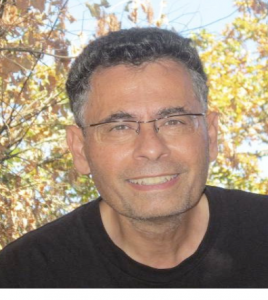 “How a Just Peace in Palestine-Israel Can Save Our Planet”
with Robert Massoud
on Friday, March 6
at 7pm
at Kamloops United Church (42l St. Paul St.)

The planet we call home is in trouble. Human survival depends on strong and determined global action by governments across the world. States act according to international law and work within world governing structures.  Both of these have been lamed, almost mortally wounded by 70 years of Israel’s intransigence and impunity towards Palestinians and the illegal occupation of their land.

The only way to save human life on the planet is to rescue international law and global governance from near irrelevance.  The best place to begin is a true and just peace in Israel-Palestine.  Insisting on applying international law and an end to coddling and protecting Israel’s actions at the UN and other world forums will bring back leadership and moral authority to set a new agenda for the planet.

Speaker: Robert Massoud is a Palestinian-Canadian. In 2004, he founded Zatoun, to import fair trade olive oil from Palestine to serve as a symbol of light, hope and peace. Zatoun has donated over $500,00 from proceeds to planting olive trees in Palestine and to an art for healing program for Palestinian youth in refugee camps.

Robert is invited to speak to a wide range of audiences with a unique message of creative participation and nonviolent resistance engaging North Americans to learn and be in solidarity with Palestinians and their struggle for a just peace in Palestine-Israel.