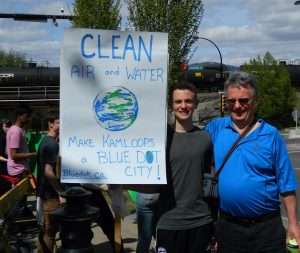 Some Canadian youths united today (Friday May 3rd) for a big national Student Climate Strike in Canada.  The photos below were taken in front of Kamloops’ City Hall.  An onlooker/parent noted, “What a great bunch of students — smart and well-informed, and not bothered by the odd rude motorist! Most (motorists) were really supportive, honking and waving etc.”   Holdiing the “CLEAN AIR and WATER.  Make Kamloops a BLUE DOT CITY” is Ben Johnson.

KUC’s Global and Community Action Group chairperson, George Johnson, says, “These students are not going to go away until adults and governments start to take the issue of climate change much more seriously. If you are inspired by this action, please join several Global members next weekend, May 11th for the Annual Walk for Peace Social Justice and the Environment, where we will be promoting the Campaign to make Kamloops a Blue Dot City.  The event begins at 11am at Stuart Wood School, and the walk starts at 12:30.  Please consider signing the petition at bluedot.ca.   Also, don’t forget the Green Expo at the Sandman Centre 10-4pm on the same day.”  Peace, George

(There is more information below the photos)

“#FridaysForFuture is a movement that began in August 2018, after 15-year-old Greta Thunberg sat in front of the Swedish parliament every schoolday for three weeks, to protest against the lack of action on the climate crisis. She posted what she was doing on Instagram and Twitter and it soon went viral. On the 8th of September, Greta decided to continue striking every Friday until the Swedish policies provided a safe pathway well under 2-degree C, i.e. in line with the Paris agreement.

The hashtags #FridaysForFuture and #ClimateStrike spread and many students and adults began to protest outside of their parliaments & city halls all over the world.” — Fridaysforfuture.org | Fridaysforfuture.ca | Twitter| Wikipedia | News 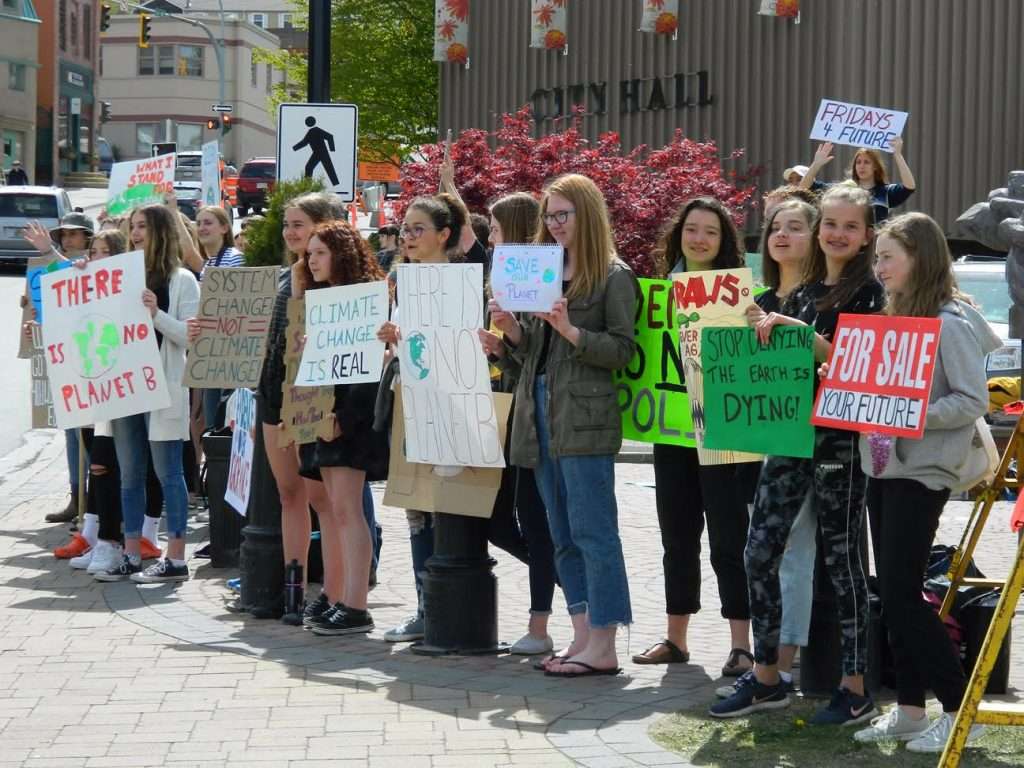