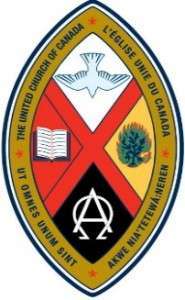 After two years of intensive study and consultation, the Comprehensive Review Task Group is recommending major changes to The United Church of Canada that would revitalize and nurture a range of ministries, simplify governance and administration, and enable the church to live within its resources. “We believe God is doing a new thing and is calling us to change dramatically so we can participate fully in God’s mission,” explains the Rev. Cathy Hamilton, chair of the task group. “Our current organizational structure is simply not sustainable from the point of view of either our volunteers or our finances.”

“We have consulted broadly across the church and are recommending six significant changes in the way the church operates and in its priorities. We feel these changes would carry the church into the 21st century and open us up to new possibilities and ministries,” Hamilton added.

A key recommendation is that the church commit to an initiative tentatively called “Chasing the Spirit” to renew its spiritual centre, just as the Spirit renewed the disciples through the Pentecost experience. This recommendation reflects the task group’s belief that the purpose of streamlining church structures and processes is to enable vital ministry in the world. To that end, it recommends committing significant resources—10 percent of annual givings to the Mission and Service Fund—to supporting new ministries and new forms of ministry.

The task group is also recommending that

The 42nd General Council will discuss and make decisions about the task group’s recommendations and any additional proposals when it meets August 8‒15, 2015, in Corner Brook, Newfoundland.

In the spirit of consultation that has been the foundation of this work, people across the church are encouraged to read the report and discuss it this spring in their congregations, presbyteries, and Conferences. The United Church of Canada makes its decisions in community and has processes through presbyteries and Conferences for additional proposals to reach the General Council this summer. Please send your proposals through those normal processes.

“We see this as the work of the whole church and know our recommendations would change the church significantly, but we heard over and over again that we should be bold and transformative,” adds the Rev. Hamilton, “We think God is doing a new thing, and the church needs to respond to that call to live out God’s mission in Canada and the world.